Nairobi, Kenya: Growing a business might be about focusing on one thing, but also taking things to the next level. Safaricom PLC, the largest telecommunications provider in Kenya, and one of the most profitable companies in East and Central Africa is spreading its wings into Ethiopia later this year, The Cooperator News has established.

Safaricom and South African telecom giants, Vodacom, who own majority shares in the Kenyan network have since last year been in private negotiations with top Ethiopian government officials.

Vodacom has been eyeing the Ethiopian market for years to diversify its earnings, which rely heavily on the SA market. In 2013 it opened an office in Ethiopia and secured a value-added service license to provide all services other than standard voice calls. Safaricom wants to use the most favored nation status given to Kenya. However, Vodafone as a majority shareholder of Safaricom, they may not qualify as a fully owned Kenyan company.

The Cooperator News has established that the talks are in high gear between the two parties, though opportunities seem not clear yet, especially regarding the strict investment laws in Ethiopia. All new parties may need to acquire additional licenses from the Ethiopian government that runs the leading Ethio-Telecom with over 60 million subscribers.

Ethiopia is one of the most closed and controlled economies on the continent.

Vodacom has operations in Mozambique, Lesotho, the Democratic Republic of the Congo, Tanzania, and Kenya. Kenya’s Safaricom recently took its M-Pesa brand global after partnering with Western Union, that has now seen users send and received money in more than 200 countries.

Started 11 years ago as a basic service to transfer money via mobile phone to cater for Kenyans without access to the formal banking network, M-Pesa has evolved into a fully-fledged financial service, offering loans and savings in conjunction with local banks, as well as merchant payments services.

Safaricom, that is partly owned by Vodacom and Vodafone, and has 30-million subscribers, is taking M-Pesa, its most successful Mobile money channel to Ethiopia, but analysts note that this will offer it a real competitive advantage, but amidst allegations of lobbying and sidelining of local operators in Ethiopia.

Hopes are already high that M-Pesa would help transform Ethiopia’s economy further, but the local operating partners are demanding for a “leveled playing field.”

The move comes after pronouncements by the new Prime Minister Abiy Ahmed to open up its telecom sector to foreign investors.

According to latest details, Vodafone will license the use of the M-Pesa brand to Ethiopia’s leading bank, Commercial Bank of Ethiopia (CBE),  while Safaricom will host the servers in Nairobi, Kenya.

Ethiopia’s state telecommunications monopoly, Ethio Telecom, will carry the service. Now local companies such as M-Birr (Birr is Ethiopia’s currency), Dashen Banks’ Amole, Hello Cash, that have always had the desire to achieve the same sort of ubiquity, bringing financial services to people who have never held a bank account in the process are already crying foul.

The Safaricom officials have reportedly already met the Ethiopian Finance Minister, Mr. Ahmed Shide, as well as the Minister for Innovations and Technology, Mr. Getahun Mekuria plus the Chief Executive of the Commercial Bank of Ethiopia, Mr. Bacha Gina.

“The next thing we have gathered is that they are destined to meet the Prime Minister to seal the deal, said a concerned local operator who preferred not to be named. The team that met Ethiopian officials included; Safaricom Head of strategy and planning, M/s Debora Mallowah, the Chief Business Development Officer,  Mr. Ken Okwaro, while the local agent helping with the “lobbying” has been identified as a one Mr. Addis Alemayehu.

According to reports, Awash Bank is ready to work with CBE (Commercial Bank of Ethiopia). It is anticipated the signing of the MOU will be in April. The contracts will be ready by end of April then technical work by August and eventual launch by September.

Awash Bank wants to be one of the top 10  largest banks in East and Central Africa. They feel that mobile money will help them achieve this. They are committed to investing whatever is required to conquer the market and drive their banking activities using technology. Both banks have committed to work with them and commit the required resources to make the service a success.

They have up to $10m to invest in the market to push the uptake service. SFC is pushing for a dual partnership between CBE and Awash and themselves. This is a good booster to the Safaricom SACCO members who already have other business in housing, like the Blue Bells Gardens Apartments, the Kantafu Serene Homes, the Ruaka Ridge Apartments as well as the various land properties spread in eight Kenyan counties.

But amidst all these, the local companies are crying foul, saying they are being sidelined and left out of the merger, partnership with Safaricom. “We are already in business and providing a service, why not support us to grow, as a local Ethiopian company, or allow us partner with investors, instead of granting them (foreign firm) majority monopoly,” said another concerned party.

Already Safaricom is battling a trademark and branding case with Ethiopia’s based Amole Mobile Money company in Kenya “KIPI”. Although Moneta Technologies has registered and been granted the Amole brand in Ethiopia and the US, Safaricom wants to register the brand in Kenya for an unknown reason.

Amole was started by Dashen Bank, the leading private digital bank in Ethiopia, and its technology partner, Moneta Technologies. 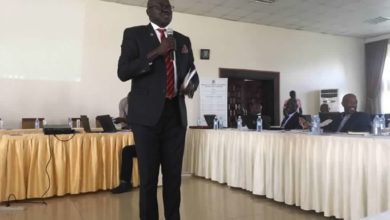 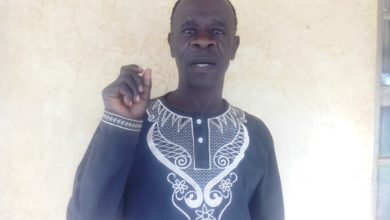