Kampala, Uganda: A new twist of events has emerged out of the just-released COSASE probe on the defunct seven banks that were ‘irregularly’ closed by Bank of Uganda.

Now the hunter has become the hunted after reports of allegations of bribery and money exchanging hands between former committee chairman, Hon. Abdul Katuntu and his deputy Hon. Amongin.

According to a letter by the IGG to ISO Director General, Col. Kaka Bagenda, Ms. Irene Mulyagonja, has asked the Internal Security Organisation (ISO) to investigate allegations of bribe-taking by lawmakers on Parliament’s Committee on Commissions, Statutory Authorities and State Enterprises (Cosase).
In the February 19 letter, the IGG observed that ISO was “in a better position” to investigate after a complaint by a whistleblower was filed regarding alleged misconduct by Cosase members.

The letter is copied to Ms. Rebecca Kadaga, the Speaker of Parliament, who told a plenary sitting yesterday that she would submit it to Prime Minister Ruhakana Rugunda because the demand for an investigation by the IGG into the conduct of MPs, in her view, amounted to the violation of the principle of separation of powers.

“I received a copy of the letter written by the IGG to the director general ISO, asking him to investigate members of the committee. I will give it to the Prime Minister because this is a breach of separation of powers because this is our work,” Ms. Kadaga said, without offering specifics of the dossier.

According to the letter ISO is due to investigate reports that Abdul Katuntu the former COSASE chair and his deputy had several secret meetings with city tycoon Sudhir Rupareila who was one of those probed since he had shares with the defunct Crane Bank Limited.

Bagenda will also investigate reports that Bank of Uganda Governor Prof. Tumusiime Mutebile authorized the release of shs400m for bench making, to the committee, the funds that were not declared.

Similarly, the whistleblower indicated that at the time of closure of Gold Trust Bank, Abdu Katuntu, the probe chair had a loan of shs180m.

The investigators will also need to ascertain why some COSASE members had several private meetings with Sudhir Rupareila and his son Rajiv in several of their hotels in Kampala.

The accusations pit Katuntu and his deputy for allegedly pocketing money from Sudhir which may have influenced their decision to stay put.

Now that there is a new twist to the events, we need to reveal that out of the 36 Cosase members who investigated the Central Bank and the closure of seven commercial banks, 9 didn’t sign the report and didn’t come out with a minority report. 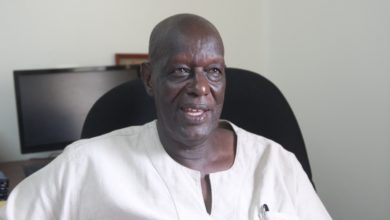 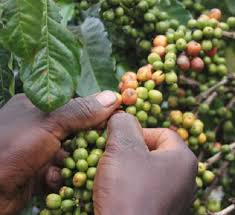