Lango Cooperative Union leaders have resolved to strengthen the 144 primary societies under the Union, after receiving a 2bn cash injection from the government.

The Union, which was founded in 1952, comprised 144 primary societies, with the stated aims of alleviating poverty and promoting cotton growing.

However the primary societies became non-functional due to fluctuation of cotton prices and defaulting by some of the Union’s Boards on loans taken from microfinance institutions, all of which weakened the union.

As the Union came to its knees, cotton growing, buying, ginning and selling were badly affected, rendering its 144 primary societies inactive.

Tonny Ogwal, the Lango Cooperative Union Vice Chairperson, says the union’s leaders are now on the move to revamp and strengthen its 144 primary societies.

He notes that with Shs 2bn funding received from the government under Lango War Claimants, the union plans to promote fish farming and cassava growing, and renovate starch factories in Lira City once the primary societies are reinstated.

“In June, this year we received a sum of 2 billion shillings’ compensation of war claimants. We plan to use part of the fund to reinstate our primary societies and embrace fish farming in districts bordering lakes, among others,” he said.

He further appealed to the entire Lango community to embrace and join Cooperatives in order to improve on their productivity and better market their goods.

“I want to tell Langi farmers who were heartbroken due to the collapse of Lango Cooperative Society that the union has been revived to serve farmers; it’s high time you joined and embraced the cooperative to alleviate poverty at the grassroots,” Abura said.

Francis Lima, a farmer from Gwokere-Primary Society in Nambieso Sub County, Kwania district welcomed with excitement the move to reinstate the primary store in his area. Lima blames the collapse of Lango Cooperative Union on land grabbing and some individuals’ selfish interest.

“The spirit of self interest and corrupt minds is what destroyed the Lango Cooperatives Union. I call upon the new leadership of Lango Union to work for the interest of the local farmers,” he said in an interview.

He said the store that has been abandoned for several years, once reinstated, will facilitate transportation of goods to markets since farmers will be able to bulk their goods together.

Another farmer Alex Tino, a widow and member of Aninolal Society in Inomo Sub County, Kwania district, also attributes the collapse of the Lango Cooperative Union to greedy and corrupt leaders.

“Now that the union is revamping the primary societies,” she said, “the government should channel money directly to the small [primary] societies’ accounts to prevent the same.”

Lango Cooperative Union is among 22 cooperatives that benefited from government compensation for property lost during various insurgencies, according to Hon. Frederick Ngobi, the State minister for Trade, Industry and Cooperatives. 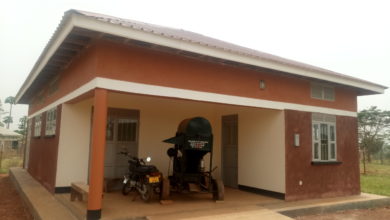