The United Nations Food and Agricultural Organization (FAO) has voiced fears that the prevalent high food loss and wastage in the country that is currently undermining incomes, food security and nutrition levels, could impact negatively on Uganda’s growth and development agenda.

FAO’s Country Representative to Uganda, Antonio Querido has stressed the need for innovative solutions to stem systemic food loss and waste as key in promoting food security, fighting against absolute poverty and lifting the general welfare of majority of Ugandans depending on agriculture for their livelihood.

“When food is lost or wasted, all resources used to produce it that include water, land, energy, labour and capital go to waste. In addition, the poor disposal of food and waste in landfills leads to green house gas emissions, which contributes to climate change and affects the environment,” Querido said.

He stated that the current food crisis resulting from COVID-19 highlights the need to transform and rebalance the way food is produced and consumed.

“Reducing food loss and waste is essential in a world where the number of people affected by hunger has been on the rise since 2014 yet tonnes of edible food are lost or wasted every day,” he observed.

Agnes Kirabo, the Executive Director of the Food Rights Alliance (FRA) argues that poor food use and management accounts for high levels of malnutrition, with more than 2.4 million stunted children in Uganda.

According to the FRA, there has been a sharp decline in the proportion of the food secure population, from 83% in 2016 to 69% in 2017. Kirabo further indicated that an estimated 10.9 million people are experiencing acute food insecurity, out of which, 1.6 million are in a crisis situation.

Speaking at the recent International Day of Awareness on Food Loss and Waste Reduction, Hon. Vincent Bamulangaki Ssempijja, the Minister for Agriculture, Animal Industry and Fisheries warned that food loss is among the major challenges undermining growth of the agricultural sector because of its threat to household incomes, food security and nutrition.

”Uganda’s food loss range is between 30-40% for grains and other staples and 30 – 80% for fruits and vegetables,” he noted, adding that the economic loss for maize farmers alone ranges between US$ 70 – 126m per year.

The minister also revealed that government has put in place enabling policy frameworks for food loss reduction, including the National Strategy on Post-harvest Loss Reduction, which he says will be operationalised specifically for grains.

Sempijja further assured that government is investing in, and promoting, innovative technology and infrastructure to minimize food loss.

“Losses arise from poor post-harvest handling, limited value addition and pest infestation. This exacerbates hunger situations, poverty and food insecurity in the country. Efforts should be geared to educating all food systems stakeholders to strongly prioritize the reduction of food loss and waste,” FRA’s Kirabo warns. 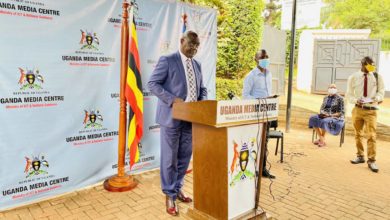